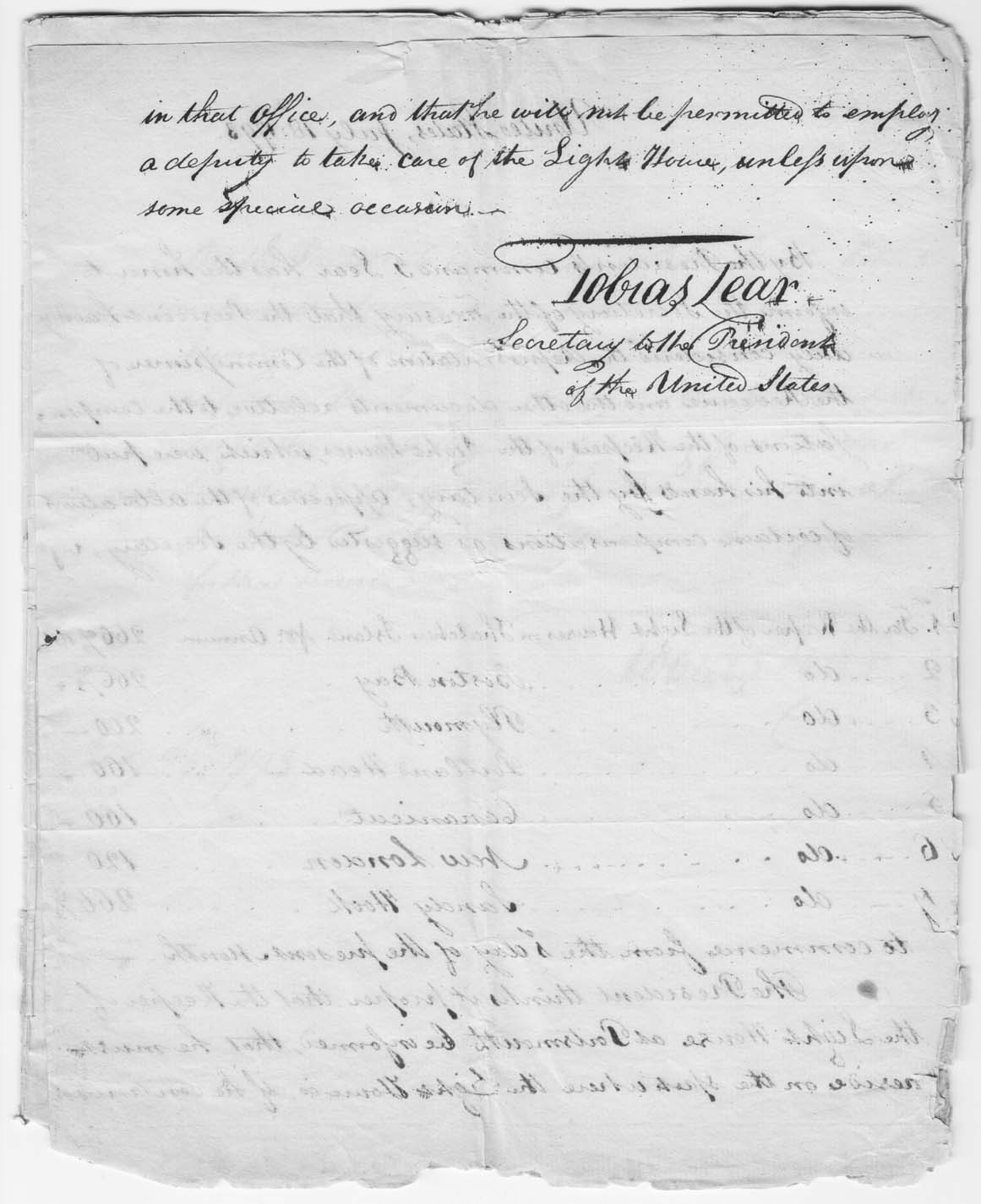 Early keeper appointments and decisions relating to lighthouses were approved by the President. The 1793 letter above gives presidential approval for adjustments in keeper salaries. This letter is actually signed by President Washington’s secretary Tobias Lear. (Documents signed by a president are generally held in the vault at the National Archives.)  Note President Thomas Jefferson’s approval of the appointment of Elzy Burroughs as keeper of New Point Comfort Lighthouse, Virginia, in 1804, on the letter below.  As the lighthouse establishment grew, the president turned the administration of lighthouses over to the Commissioner of Revenue and he in turn transferred these duties to the Fifth Auditor of the Treasury in 1820.