Around 1928 lighthouse keeper salaries were reclassified.  As part of this process, keepers filled out a form that included their job description and the number of years they had served at that station.  These forms are part of National Archives Record Group 26, Entry 111 (NC-31) and are organized by district.  They include other personnel such as those working at lighthouse depots or for the US Airways Division.  Some stations are missing including those in what was then the second district.  The form for Curtis Island Lighthouse Station, Maine, is seen below.  Note that the station was originally called “Negro Island.” 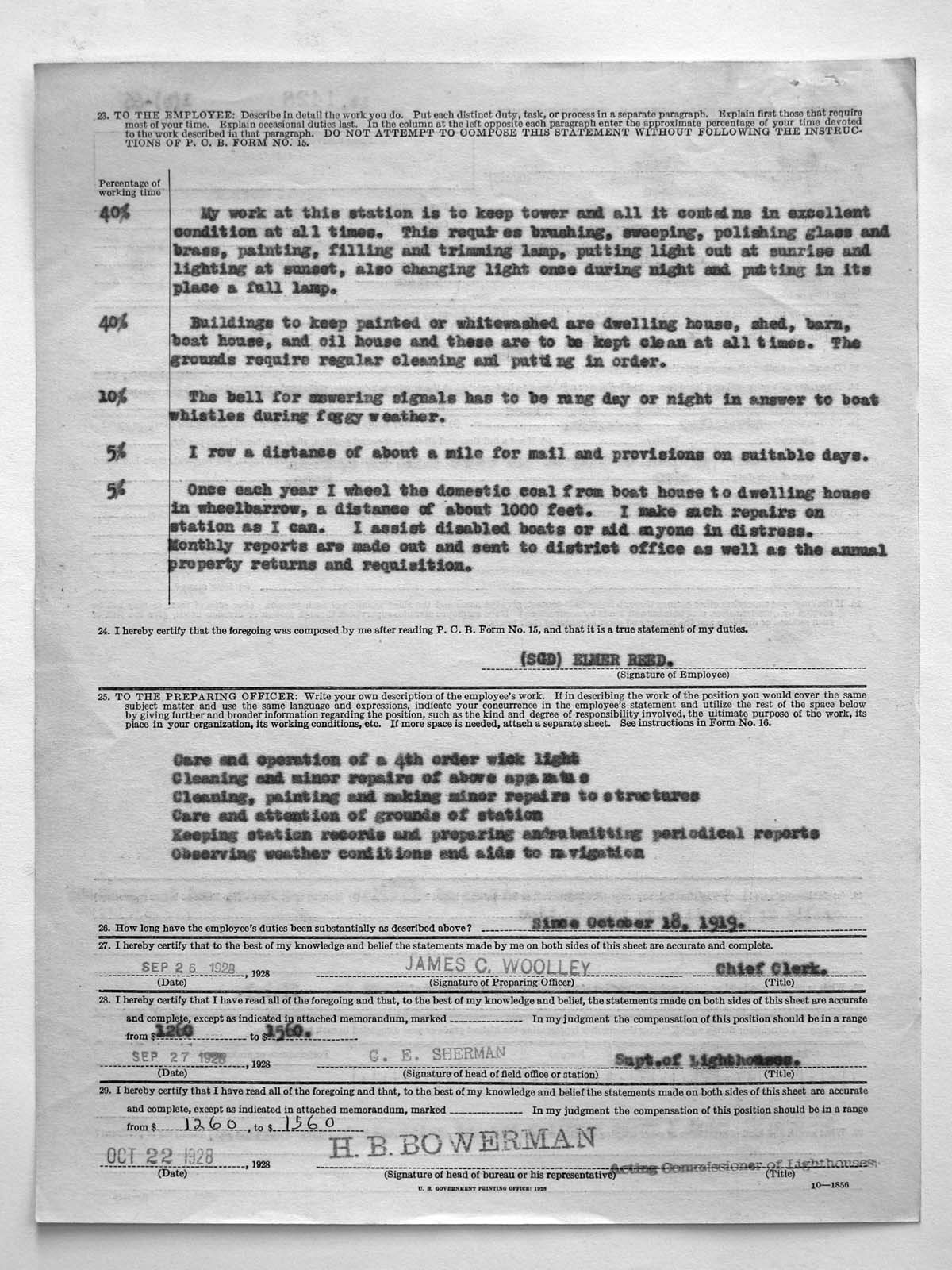